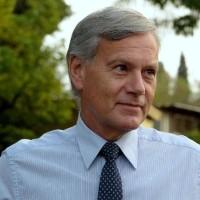 A Marine Biologist developed during his PhD studies a unique on-shore method to grow algae whose advantages include more growing cycles per year and the ability to enrich the algae with certain chemicals, vitamins and so on.

Initial business model was to grow Nori for the Japanese kitchen, it's sushi, soups and so on, which represented a 1 to 2 Bn$ market. The business failed because, it turned out, that the Japanese consume only sea harvested Nori. Additional attempts were made to sell the product to the nutraceutical (food additives & vitamin) industry but it was too late as funds were dwindling.

I have been asked by one of the investors to review the business. I confess, I know nothing about biology and the shareholder knew it. I met with the chief scientist for two days in a row 'brain mining' him, detaching him from Nori and scientific process and reconnecting him with the benefits of algae to people.

To his and my surprise it worked, we uncovered 10 to 30 Billion dollar worth of market opportunities with a single type of a simple-to-grow algae which, under my NDA agreement, I can not disclose.

When I brain mined the scientist he was forced to think out of the box, it was tedious and somewhat annoying at times but, it paid off. He recalled a long forgotten algae from which a certain essence can be derived.This essence has great uses in medicine, it can not be synthetically produced, only extracted from sea harvested algae. It currently sells for 500 to 700 dollars per pound.

Moreover, the scientist then recalled that it has other uses in skin treatment, as a much better Botox substitute, for hair shampoo and over twenty more applications in which this essence is not used because of its cost and irregular availability. The key to these markets was in on-shore growth.

The company has changed its focus, derived the essence and started growing quantities at will. As of 2014 they are working on moving into industrialization.