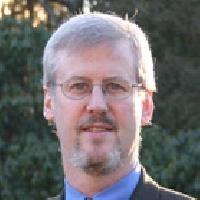 • Satisfy a critical investor funding requirement by implementing a complex series of manufacturing process changes (to demonstrate scalability) in a timeframe 3 months faster than currently thought possible.
• Accomplish these process changes through a collaborative effort involving several internal groups (Mfg, Development, QA/QC, Regulatory and Procurement) whose current working relationships were strained at best and characterized by low trust, “blame gaming” and finger pointing.
• Address the CEO’s frustration with the root cause of the interdepartmental discord, namely a lack of alignment and interpersonal conflict among several members of the executive team.

• Conducted 1:1 interviews and an executive team offsite in which the nature and impact of the current working relationships were put on the table. A truce of sorts was mediated among the senior leaders and agreement was gained to work together on this critical strategic priority.
• Gathered input from a broad cross-section of employees on the challenges and opportunities they saw for successful implementation of the needed changes in the required timeframe.
• Designed and facilitated a series of working sessions where we engaged a group of 25-30 employees from each of the groups involved. During these working sessions the groups were charged with fundementally re-thinking their approach to implementing the manufacturing process changes in order to dramatically reduce the time required.

The manufacturing process changes were delivered in a timeframe that met the investor’s needs. The members of the executive leadership team reported a dramatic turn around in their ability to work productively together. Employees below them in the organization noticed this shift and subsequently reported feeling empowered to work together in ways they never had before to deliver this critical result. The organization learned a completely new and highly collaborative approach to managing future process changes.