Case study: How We Won a $1.85 Million Grant with Decisive Leadership 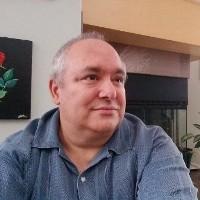 Looking back on this successful grant application, I think one of the unusual secrets behind its success was Corine Doughty's trademark decisiveness. Technically, I think decisiveness works in a crisis because it means you are focusing more and more of your time on solving a problem and less and less of your time on unproductive matters. As I like to say, at a certain point in the grant writing process, you are better off spending your time making the grant work than spending your time wondering if it was a good idea to apply for the grant in the first place.

All in all, I think there were a number of factors which supported and encouraged Corine's decisiveness, factors that I will try to maximize in my other grant writing and grant coaching work.

First, I could tell that Corine thought this new project was needed and represented a big improvement over the way business was previously conducted in the Los Angeles and Orange County region. Personally, I was impressed that the RFP called for a 360 degree evaluation of the top project personnel. I knew from my research on charismatic leadership that this was one of the most effective ways of evaluating a leader - by interviewing the people above them and the people below them.

Second, I think Corine was able to articulate the necessity for this project based on her existing leadership role in the California Community College Assocation for Occupational Education (CCCAOE). It was easy for her to be decisive about this project, in part, because much of her earlier volunteer experience with the CCCAOE prepared her to seize this opportunity and to make the strongest possible case for having it led by Santiago Canyon College. I can report that her confidence rubbed off on me.

At times, I have found it was more difficult to win a grant simply because the school or the non-profit organization was not strongly committed to winning it. That was not the case in this instance.

In general, I think decisiveness has big pay-offs in grant writing because grant writers are almost always working with tight deadlines in highly competitive circumstances. If you are in a crisis situation, then doubt will only harm your chances of winning the big money.

Looking back, I learned a lot about grant writing from this victory. I have always taught that grant writing is a team sport and not an individual scholarly activity. Nevertheless, I may have underestimated the extent to which traditional leadership techniques are essential to establishing high performance teams. I may have placed too much stress on the use of the group processes I have identified and not enough stress on the role played by the ultimate team leader.

All in all, this grant writing win represents one of the most important themes I like to stress in my workshops: "You can have everything you want if you are willing to give everything you have got." That was certainly true for this grant application. We worked around the clock to make it happen and in many ways it appeared to me, at least, that failure was not an option. It is good to remember these basics as I teach others about the grant writing process.