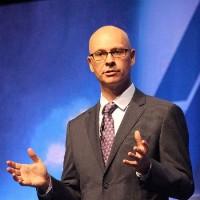 This north-American subsidiary of a foreign-based group was under pressure from head-office to explain why their Customer Support function was under-performing and significantly more expensive than their head-office counterparts.

Applying our methodology, we visually established that the basis for comparison with the head-office cost structure was not consistent.

We identified through functional interviews that much time was spent applying "bandaids" to recurring help-desk tickets, but very little time was spent on identifying and resolving actual root causes for these tickets.

We were able to not only discuss this as an opportunity, but also quantify its financial impact on the company. This element is key, and allowed us to elevate the discussion, from an emotionally-charged, confrontational state to a fact-based, reasoned and productive level.

Finally, by bridging the gap between HR, financial and process data, we were highlight a number of personnel issues that led to an overall restructure of the department.

As a result of our intervention, the Customer Support department was restructured.

Decisions were made to eliminate a number of positions, and realign resources to more adequate and productive positions.

As a result of this realignment, a new team was created to specifically identify and diagnose root causes behind recurring help-desk tickets, and work with head-office teams to develop long-term fixes. As a result, the solution is expected to stabilize, which in turn should lead to improved customer feedback and ultimately drive satisfaction and sales up.