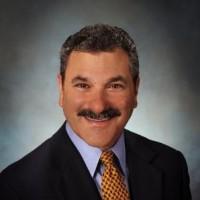 On a monthly basis, a large local insurance brokerage firm tediously reconciled all payments and commissions that were owed to them and that they owed. Between the dozens of insurance companies they represented, the hundreds of independent agents that worked with them, and the thousands of clients they serviced, the brokerage was overwhelmed.

The Controller was spending most of his time creating tedious, repetitive reports and making sure the right report was sent to the right party without duplication and without excluding any parties. The process was neither efficient nor successful & costing them too much money.

I met with the CEO and Controller to understand their business, their process, and detailed their real needs. My team then built and tested an initial model to determine the optimal functions, variables, and flexibility for the client. After several revisions to fully customize the initial product, the client was amazed at the model and how it could help increase efficiency and productivity.

As the Controller's staff used the model they discovered additional needs they had & adjustments they wanted. We evolved the model making it more robust & yet easier to use with each iteration.

The Controller has been able to delegate almost 85% of the work involved with the monthly reports to his staff lowering the cost significantly. He was then able to concentrate on his main responsibilities.

Between the reduced time to input data and the improved accuracy of the reports with the new model, the brokerage saved more than $80,000 annually and continue to enjoy these cost reductions in the future.