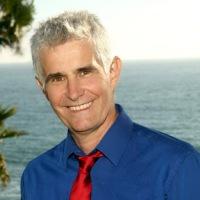 Booking Agents/managers sought me out to work with an up and coming cover band in the scene. (a cover band is one that has no original music but plays others top hits in the clubs)

They had heard of what had happened to a previous rock band I’d worked with and noted their success and now wanted to leapfrog over that band’s success to have their band become the dominant band in Philly clubs and the surrounding area.

The band was 5 people all on the stage at the same time, playing the same music but not playing together as one. The band had raw talent, had no cohesive vision or methodology for working together, they just showed up to practice and things went how they went. There was infighting, and confusion with no unity of purpose. They had an existing fan base but it was small and not growing rapidly enough to warrant increases in pay by club owners.

As I saw the situation I assessed that,
A. they were not a team and
B. they had no idea how to create a compelling performance that turned their audience into raving fans.

In our sessions they learned the basics of affecting an audience and giving it everything, every time. These are the same basics I teach keynote speakers and anyone in business who has to make a public or in-house presentation. I introduced and had them practice the 5 crucial connections.

We aimed to generate an experience the audience would not only crave but tell all their friends, thereby building customer loyalty that would follow them.

I introduced communication tools, alignment of goals sessions, visioning and ‘clearing sessions’ that helped them connect more powerfully as a unit.

I introduced them to the importance of their audience (customers ) for their success. And, I worked with them on truthful, powerful, emotive communication so that the audience was internally called to action to attend.

I worked with the leader to have him focus not only on his own performance, but on taking care of his team, serving the crowd, and supporting their vendors to give them great support while honoring their expertise.

Basically, all the things I now do with executives and their teams.

The band formed into a tight band known for their engaging performance. They became THE band to go see in the area and The Top band for audience attendants highly sought after and competed for by club owners.

The band was the first cover band to ever gross $1 Million in a year, with no label deal, no hit record, no MTV, just on their club performances alone. This continued for many years.

The lead singer was recently voted Top Frontman for the Decade in the Philadelphia Music Magazines.