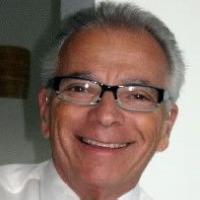 The market in south Florida city was facing an influx of new and extensive competition after many years of being unique in their industry. They had committed almost $1 million to accomplish a major facelift for both the interior and exterior of the store. Business had several long-term management employees who individually oversaw various departments and functioned independently with their respective teams.

The entire management group was interviewed to understand their individual perspectives of the organization's history and values, as well as, current challenges.

Discussions with ownership and Mike's past experience with reorganizations pointed to value of creating a single-entity management team with everyone focused on the overall success of the market. Mike was able to relate the effectiveness of such a coordinated mindset in being recognized as the number one gourmet market in the region.

The solution was to devise a program that combined both individual and group coaching. First, the two day group event, designed to create the single-entity team, and then have this team establish goals for gaining control of being number one, the related strategy for achieving them and finally, implementing that strategy. A committed group emerged at the end of this session–a team excited about the prospects of accomplishing what they had identified. Some members were skeptical about the effectiveness of strategy, and their new relationships.

Individual coaching techniques were were used to move the skeptics, to being believers...starting with each manager being challenged to identify potential roadblocks to deliver on commitments on behalf of the overall team.

The resulting company ‘team’ had held their first-ever management meetings to follow through on their strategic plan. Personal issues that existed between any individual members of the team were addressed through the coaching process, and in several cases these people have found the path of working together in the spirit of cooperation and with a joint focus of being number one organization in their category.

The company has contracted Mike for additional individual coaching for the entire team because of the promising results of the initial rounds. Their next step is to create the performance standards expected of all associates in the store and train the full employee base in these performance standards.