Case study: A Harvard Professor Knocks it Out of the Park 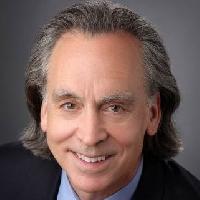 A Harvard professor called me to say that he had been criticized by his Dean for his lackluster performance at an important symposium. He asks me to give him some help. I flew to Boston to find him in the midst of a crisis of confidence. I asked him to describe the entire event, and learned that he had never had any instruction in how to develop or deliver presentations, despite the fact that he was a faculty member of a distinguished university, and had been teaching and lecturing for several years. He explained that his boss could be very critical, that he himself had been nervous about the event because of the large audience. I asked him to deliver the presentation to me and allow me to capture it on video. He did, and while it wasn’t terrible, I could see immediately where he could improve. He did not have a strong opening. He took a long time to get into the topic. He included a reference to his father at one point, but did not illustrate his points with good personal stories. His slides were dense with words and amateurishly designed, and finally, while he had a strong voice and a degree of comfort on the stage, he tended to pace and could not focus his eyes when he spoke. All this I told him as we watched the tape together. When we were done, I made the needed suggestions, he agreed to make them, and I left.

The next day, he showed me the revised presentation, which was much better. He had woven the story of his father into the presentation, so it became a kind of case study for the issue he was addressing. However, when I asked him to deliver the talk to me, his opening was still weak. I stopped him to explain that effective openings had to take the audience by surprise. They had to be unexpected and unpredictable. I don’t mean to say that good presenters should tell jokes, or do tricks, or pander to an audience. They simply need to pull the audience into a vivid and interesting reality. To improve the opening, we put a powerful graphic up front, followed by the story of the father. It was personal, emotional, and revealed the depth of respect this man had for his Dad. We also cleaned up the visuals, giving each one a headline that was a complete sentence, a sentence that expressed a point of view and established the big idea of the slide. At the same time, we eliminated a lot of text on the slides and found captivating images, or graphics, which the speaker could explain without reading notes or forcing the audience to read and listen simultaneously. Finally, I drilled the speaker on not only looking at people when speaking to them, but also actually seeing them. This helps the presentation stop being a monologue and become more of a dialogue-a much more powerful interaction.

A few weeks after this engagement I received an email from the professor. He had given a presentation to a large group of colleagues and had received a standing ovation.