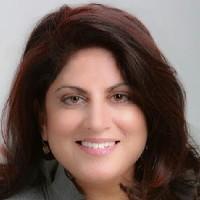 Northeast US Regional Banking Leader With US $5 billion in Assets

Issue: Two Northeast US regional banks – a well-established neighborhood bank and a newer bank that had grown through acquisition – had agreed to a merger of equals, doubling the size of their assets to nearly US $5 billion and creating a significant competitive advantage in a highly competitive industry. Among other post-merger priorities, a key goal to maintain customer loyalty immediately following the merger would be a smooth transition to a new banking platform. The new bank’s CEO knew that the success of achieving the business goals of this merger of “old and the new” banks would rest on purposeful cultural integration.

Action: Supriya used an assessment, diagnosis and planning approach to the business challenge. She introduced the strategy of building on similarities rather than focusing on the considerable cultural differences. While interviewing more than 30 leaders across both banks to assess cultural overlap, her advisory team simultaneously built employee buy-in to the change via deep engagement – focus groups designed to both educate and collaborate on future state cultural principles. After presenting findings to the bank’s top executives, Supriya and her team developed a go-forward culture integration plan to begin cultivating a new culture founded on commonalities and strategic alignment.

Impact: In its first 9 months post-merger, the bank successfully achieved several immediate operational goals critical to maintaining US $156 million in revenue, including a technology platform conversion. Despite the platform conversion as well as a complex process synchronization effort, the new bank has delivered two consecutive quarters of record revenue and earnings and is positioned strongly for future acquisitions.