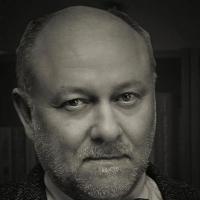 To guide and coach a new CEO and failing executive team through a turnaround from bankruptcy.

The company, a publically traded, international retailer had been given a brief stay of execution by a bankruptcy judge.

The previous management, grandchildren of the original founders, had been ousted by the new majority shareholder.

The newly appointed CEO did not have much time to demonstrate that the business, and the thousands of jobs it provided, could be saved.

James was appointed by the investment group to work directly with the new CEO to effect the turnaround. As the business required major change to return it to profitability, James worked with the executives (some old, some new) to evaluate their roles and contributions.

Once improvement was evident, the business was bought by a major retail group. During the acquisition and integration phases, James worked with each executive on the transition. This created the foundation for what became a highly focused, action oriented, and ultimately a successful management team.

Achieved within 18 months the successful return to profitability of the bankrupt retail chain of 185 stores in 5 countries.