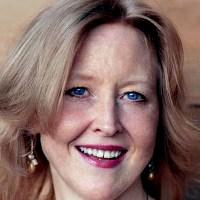 A highly valued, seasoned leader in a very challenging, complex role had several team members who were not achieving their targets. As a result, the team's performance was not achieving its targets.

I worked with the leader and his boss to clarify goals and measures of success.

The leader and I had some initial coaching meetings about the challenges.

I shadowed him for parts of two days, attending one-on-one meetings with individual team members as an observer, and observing him during his work day and leading his team meeting.

I shared confidential verbal and written feedback privately to the leader about what I thought worked well and saw as opportunities to make changes.

In subsequent meetings I shared a powerful communication model and we planned the conversations that would transform his relationships with those who hadn't been consistently reaching their targets.

The leader and I collaborated on ideas to make the individual and sales meetings more productive.

We also discussed opportunities to improve his visibility in the organization.

Based on this, we created a written plan with exercises he would complete and actions he would take.

The leader's team now leads a several-state division in the results it achieves.

The leader became a better coach and learned to have powerful, transformative conversations with others.

He became firmer, more challenging with his people, while developing a stronger executive presence that fully utilizes the engaging warmth that comes easily to him and serves him so well.

The formerly underperforming team members are all now achieving their targets, and are more confident, particularly since they are more successful.

The leader has better relationships with his team members.

The leader and his team became known by as the organization with a lot of excitement and energy.

He was featured in an article in Executive Travel on "leader as coach."