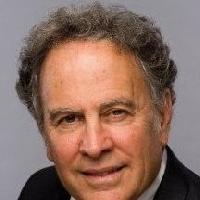 A division of a Fortune 500 company was hired by a major player in the energy industry to do a project whose scope was beyond anything that they ever took on before. Half way through the project the representative from the energy company gave them a “C+” grade for their performance thus far. This alarmed the consulting company. They wanted to do more work for the energy company in the future and needed to make a good impression.

After several talks with the stakeholders a course of action was decided. During the initial discovery phase, all major players (including leadership, executive team members, those in the field who delivered the consulting services, as well as key players on the client side) were asked to complete an extensive survey.

After this data was collected, Sam did personal interviews with select players among the respondents. He reported back the findings to the stakeholders. As a result, it was decided to work first with the executive team (and later do coaching with the team leader). They did an off-site retreat with the key members of the executive team. Using the information from the discovery as a starting point, Sam did a polling exercise that resulted in the clear identification of the top three issues that they faced.

Sam worked on these three issues, which included both team attitudes (stop blaming the client) and communication improvements along with strategies and tactics on how to improve performance.

At the end of the retreat the client had

Sam had a follow up meeting with the lead stakeholder a few weeks later. He reported a significant change in the morale of all the players (they were more proactive), new processes being set in place, deliverables made and a much more satisfied client. Since Sam last spoke with the client rep, they have completed the project on time–something that seemed almost impossible at the time of the initial call.