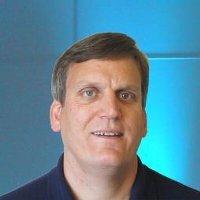 With considerable excitement, the founders of an educational services firm extended its course management offering by acquiring a set of curriculum tools and a consulting services group.

Instead of accelerating growth as expected, it stalled. Few schools bought more than one offering. None bought all three. Worse, the triple business unit structure led to internal fights over resources.

The firm promoted the integrated vision as a differentiator, but the separate sales forces and management teams made it ring hollow to customers and created openings for competitors.

So, why not integrate the offerings? Limited cash and a reluctance to “bet the farm” meant the Board was only able to fund a limited upgrades. The leaders of each business unit—which happened to be the three primary stockholders—lobbied to prioritize upgrades to their individual offerings over the integration work needed to fulfill the company’s vision. The company and management team were at a crossroads.

A series of conversations and facilitated working sessions revealed internal doubts about the integrated vision. Probing deeply into each business unit and forcing them to think in terms of the value it created for the schools they served slowly changed the dynamic. Yes, the discussion highlighted some limitations and gaps which called for product upgrades, but a surprising number of vectors pointed toward the other two business units. In the sort of a-ha moment that fuels my passion for my work, all three principals agreed on language that expressed a genuinely shared vision.

The resulting vision wasn’t a vision-by-committee compromise, but an extension of their individual visions that rang very true to each of them.

The company immediately began to re-organize and re-prioritize around its newly shared vision. Rather than creating contention, what needed to be done became obvious as the individual visions naturally aligned. The shared vision allowed the business unit leaders to create a sense of urgency within each business unit--the same ones that had been at loggerheads only weeks before.

The company's prospects improved so much that within a few months it was acquired to fill a hole in a larger company’s vision.